Last January, while still residing at our 1/8th acre urban lot, a cameoing sun struck the soggy ground and I was bitten by the gardening bug. We had a couple bags of potting soil lying about and my very first batch of homemade compost was looking dark and loamy, so I mixed it all up in the wheel barrow and grabbed the seed packets. 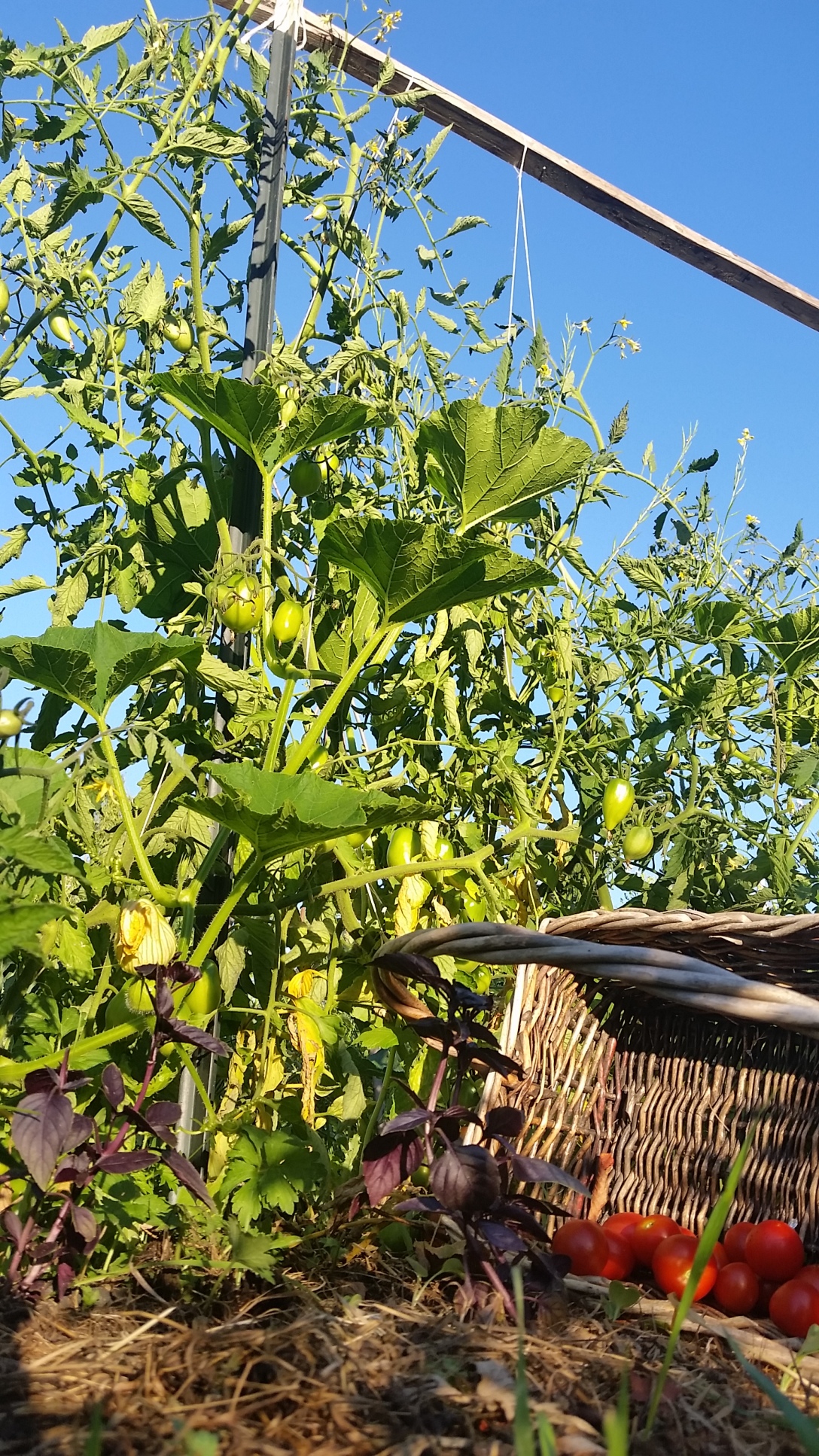 Tomatoes need a long growing season and heat. Around here that means months under some sort of plastic or glass. So, after seeding the furrowed rows of fluffy medium, I loaded up our $50 portable greenhouse with flats of tomato seeds.

Now, in the past I have not had so much luck with germination, and these seed packets were already a year or three old. I figured I’d just clean them out. Too, for watering, I used 5 gallon buckets to catch water off my garage, just as an experiment.

My Grandma used to say that her garden did better when it rained rather than when using the hose water to irrigate. And Grandma Berdell’s tomatoes were to die for! This surely has everything to do with the lack of chlorination in the rain water.

Well, two weeks later, with persistent moisture monitoring (but not overdoing it), I had around a 75% germination rate. Time to start thinning! 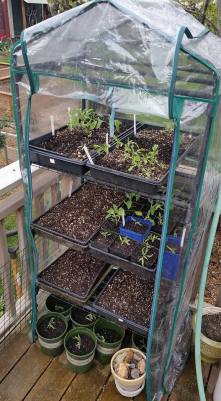 After about a month, the seedlings were moved from the flats to 4 and 6″ pots to give room for the roots. And there they stayed for a VERY long time. That’s because in March, our dream property come onto the market. Well, 4 times our dream property actually.

When planting these tomatoes, I had no idea, come late April, we would have 7 acres to work with. But, some part of me wonders whether these little starts were just hoping, perhaps knowing even that they’d be given all the room in the world.

Yes, they made the move. All 50 pots of leggy t’maters. And then they sat patiently for a few more weeks while we settled in and lightly tilled a few strips of pasture. We got them in the ground, with a little fertilizer (because this soil has not been prepared) and mulched them neatly to lock in the moisture and feed the creepy crawlies.

By July they were gangbusters and it was time to process. 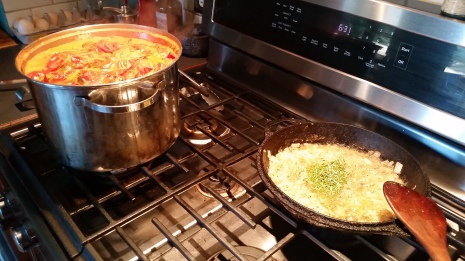 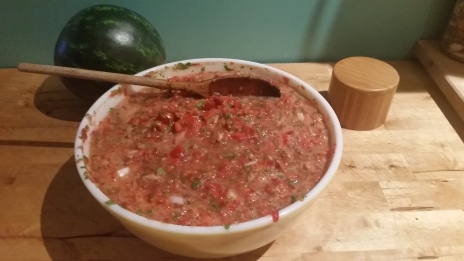 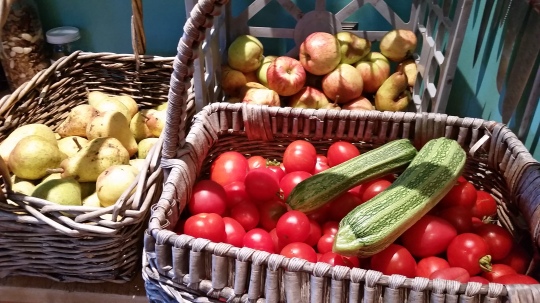 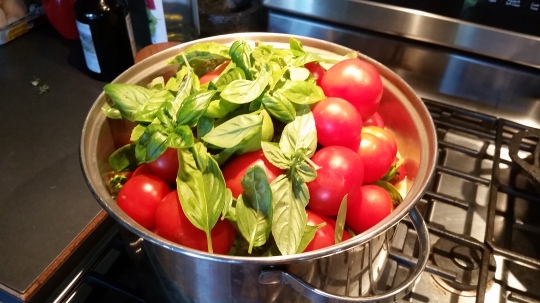 Gwen says it was an act of ‘radical hope’ planting that many seeds and that it may have led to this wonderful 7 acre outcome somehow by bending the space time continuum. I may have tapped into something, but it was probably just wishful thinking, but hey, how do I know? One thing is for sure…we will be having some killer Italian food this winter!

3 thoughts on “The Hopeful Tomato”