This morning I got a call from the post office. They were calling to let me know that my package had arrived and was ready for pickup.

Delighted, I hung up and let my boss know that I had to take an early lunch to go pick up my chickens from the post office.

When I arrived at the bulk mail receiving warehouse, I could hear a cacophony as soon as I stepped in the door. It sounded like the whole warehouse was full of baby birds. Surely all that noise wasn’t coming from my birds?!

A stoic postal worker handed over the peeping box–she seemed neither amused nor irritated, and her indifference led me to understand that postal workers in the bulk mail room receive odder things than chickens on a daily basis.

I nodded thoughtfully; her logic was sound. True enough, when I opened the box in the chick brooder, all 31 chicks were lively and thriving. 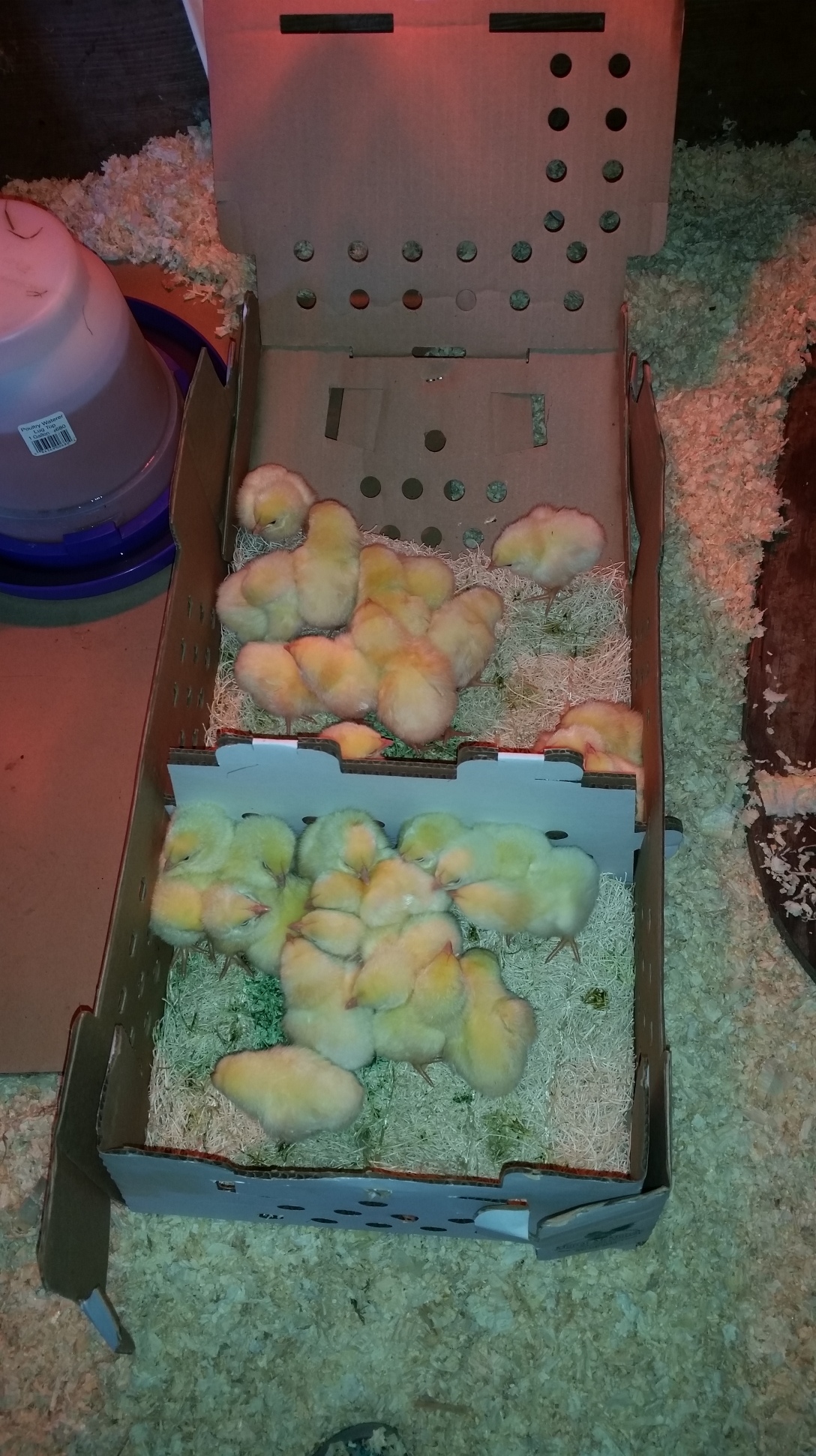 These 31 are in addition to the 16 we already have on the farm. (Four chickens made the move with us, and I added a dozen layer chicks to our flock within days of moving to the homestead. They should start laying soon!)

After a spring and summer of enormous learning curves and new endeavors, I wanted to add something to the homestead that felt like familiar territory. We’ve raised meat chickens before (in smaller numbers), and I’m pretty confident that we basically know what we’re doing.

Josh argued that we have been adding to the homestead nonstop since we moved here in May, and did we really need to add something else at this point? Especially more mouths to feed?

“But we’re out of chicken in the freezer,” I reasoned.

Other husbands might have said, “Then let’s go to the grocery store.” But not my husband, who nodded in resigned agreement. When you’re out of frozen chicken, what  can you do but order a box of new chicks and grow some new ones?

In preparation for the arrival of the meatheads, Josh built a Salatin-style chicken tractor. The intention is to put the chicks out in the pasture as soon as they have their pin feathers and can stay warm, which is about 2-3 weeks for this breed. We’ll move the chicken tractor daily so that they’re always on fresh pasture, but they will also have pretty solid predator protection. We think it’s a good system for pastured chicken production in theory, but have yet to test it.

If all goes well, we’ll be selling our first farm products this fall! Eggs will come first in September, and the meat chickens will be ready to butcher in mid-October. If you’re local and want to be on the list for pastured non-GMO eggs or chicken, let me know!