My friend John used to live on a blueberry farm. He loves to tell the story of the day his truck got stuck in the infamous mud of the Pacific Northwest, and his neighbor, who lived on a hill that looked down on John’s property, watched the scene with amusement for a good 20 minutes before coming down with his own truck and a winch to help John pull the truck out. They laid belly-down in the mud together, working to secure the hook to the truck, covered head to toe in PNW clay, and the neighbor paused and said wryly, “We’re farming now!”

I can’t tell you how many “we’re farming now” moments we’ve had since moving to Bellfern, but oh my, it’s nearly every day. Whether I’ve stepped in pig poop on my way out the door to go to work, or my face is splattered in blood on processing day, farming “gets real” more often than not.

The same can be said for homesteading. Now that we’ve processed our own pork, my evenings are full of homestead-y chores like rendering lard, curing hams, and making scrapple. Yes, scrapple. Bear with me.

In addition to pork chops, ribs, roasts, and bacon, our pile of processed pork included the head. And since we asked the butcher not to skin our pig (we want the skin on our hams and roasts), the head really looked like a head. The same one I scratched and petted, minus an eye and an ear. There was no way to pretend it was anything else.

The traditional thing to do with a pig head is make head cheese, but, gross. The other option is to make scrapple. Scrapple is essentially meat loaf that is bound with cornmeal, and if you don’t want the details then stop reading now.

Online recipes for scrapple are written in pretty broad strokes, because it’s made of basically whatever scraps of pork you have leftover–usually the trotters and organs. Or a head, for example.

We started by boiling the head for hours until the meat was falling off. Because I was attached to this particular pig (Big Boy), Josh was assigned the task of scraping off the skin. After removing, he cut the skin into strips and cooked it on a baking sheet in the oven at 250 degrees for nearly 24 hours–which resulted in cracklins. If you zoom in, be warned. That’s a boiled pig head. 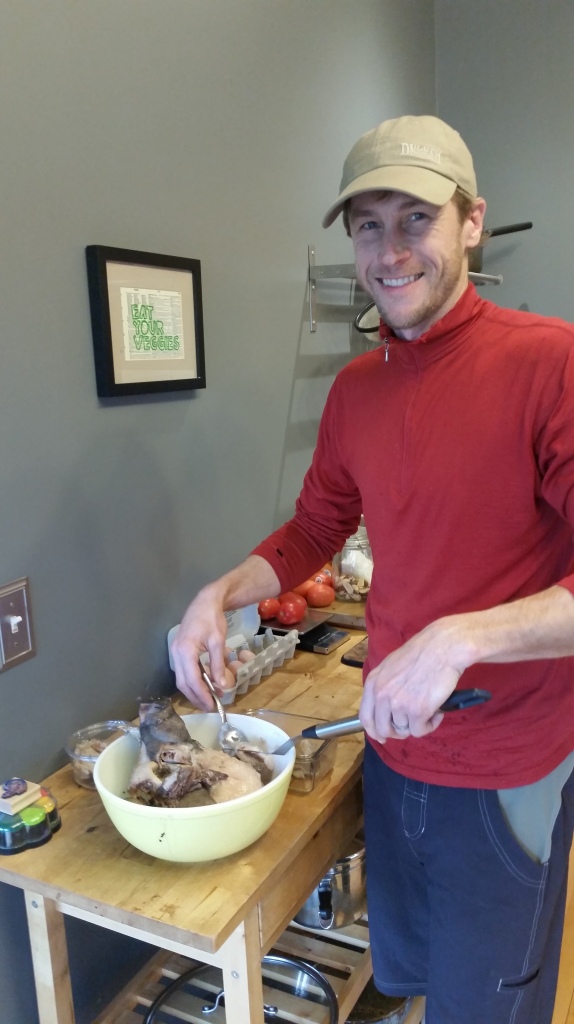 I then picked the meat and fat off the skull, removed the weird gray bits (set aside for the chickens), and ran it all through the grinder.

In case there’s any question about how I felt about this process, let’s zoom in: 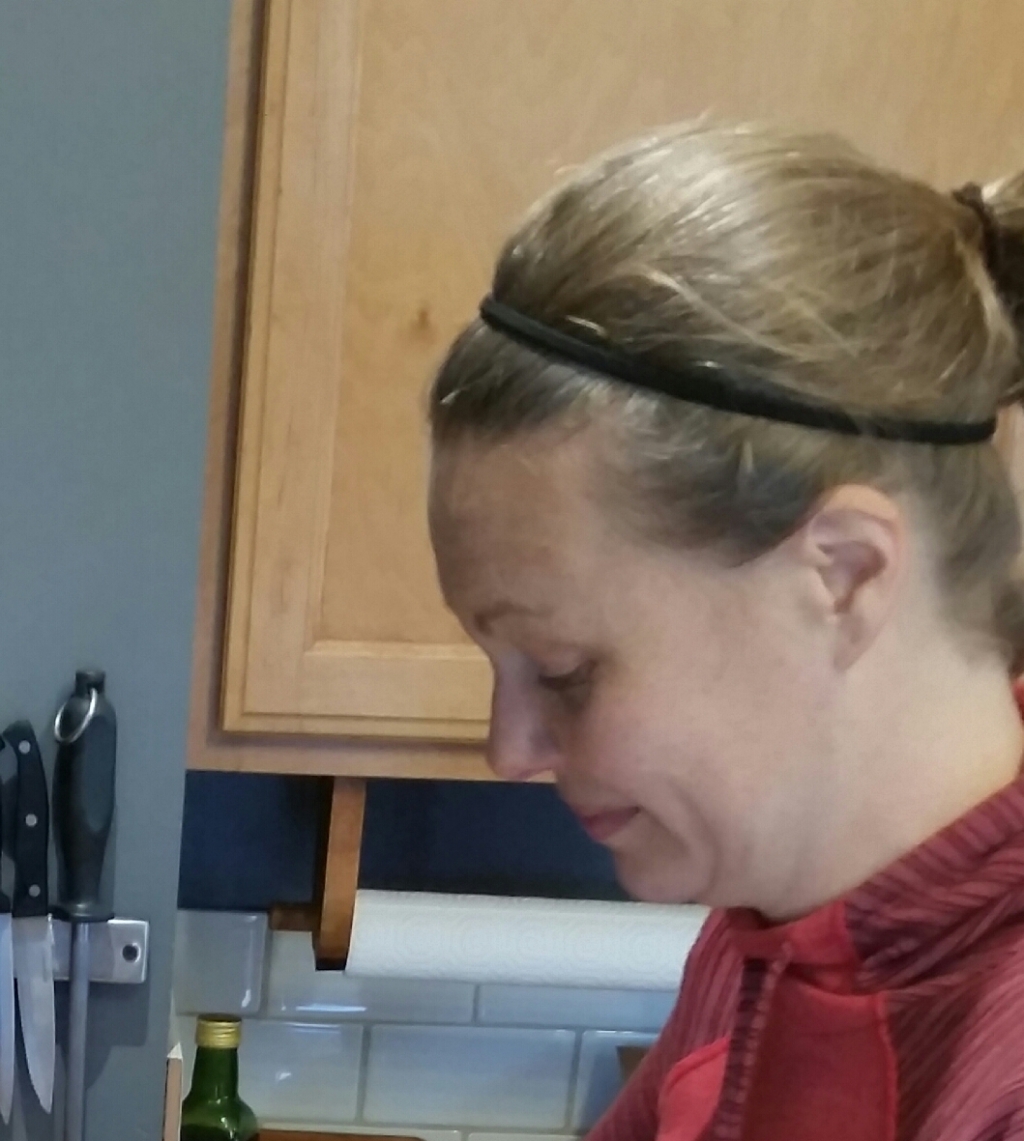 The ground meat, fat, and onions are then returned to the pot with a few cups of broth, and cornmeal and maybe buckwheat flour are added, along with salt and sage. This is all stirred over low heat until it’s the consistency of a stiff dough (the English would call it a pudding), then poured into loaf pans and chilled. To serve, you slice it and fry it over low heat until crispy.

It’s mind-bendingly delicious. I’m not sure how I’ve lived 35 years without scrapple. I can’t say I enjoyed making it, but I was happy to use every scrap of that pig. And the skull that was left after I picked off the meat was then boiled for 3 days in the crock pot, which softened the bone enough to crumble it into a meal that we fed to the dogs and chickens. The only thing left of that pig was its teeth.